Hello welcome to my Blog

Mezze is widely served in the Greek and Middle eastern world. An assortment of little dishes and tasters which accompany a nice ouzo or a glass of wine. So when you read mezze moments you will have tasty snippets of life as I live it, India for four years and now Brisbane Australia, all served up with some Greek fervour and passion.

A corner of this place

We have landed on this troubled but defiant little island which is my homeland - so small that it would disappear many hundreds of times over in the Australian continent but big enough when I was growing up to fill my world and to be the image of all that I had. 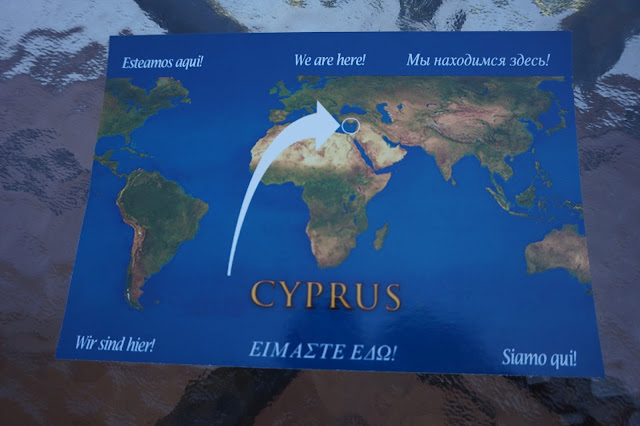 Coming back is always a nervous affair and there is no rationale for it. I have butterflies in my tummy as the plane comes in to land over the sea. I walk into an airport with the welcoming but very bored airport officials before jumping into a car and speeding down the motorway, part fearful of changes that might have happened since the last time I was here, part blasé about how well I know it.The central reservations on the otherwise unremarkable motorway in total bloom of white and pink oleanders, possibly the most effective barriers on the globe and such pretty ones too. 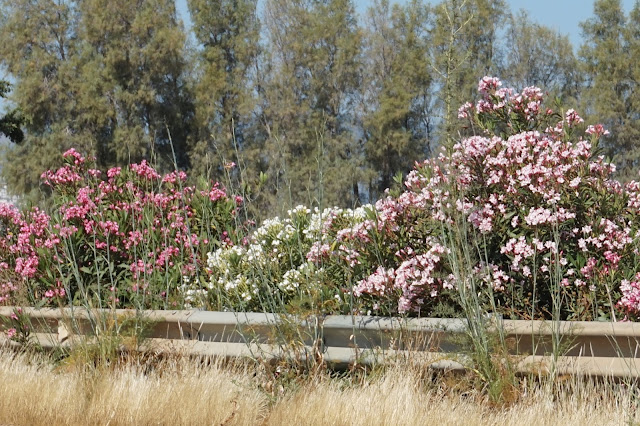 We holiday in the north western tip of the island overlooking the mountains of Turkey which might just be shadowed on the horizon on a clear day. The bay is quicksilver broken only by the movements of blue where the wind has disturbed the surface. 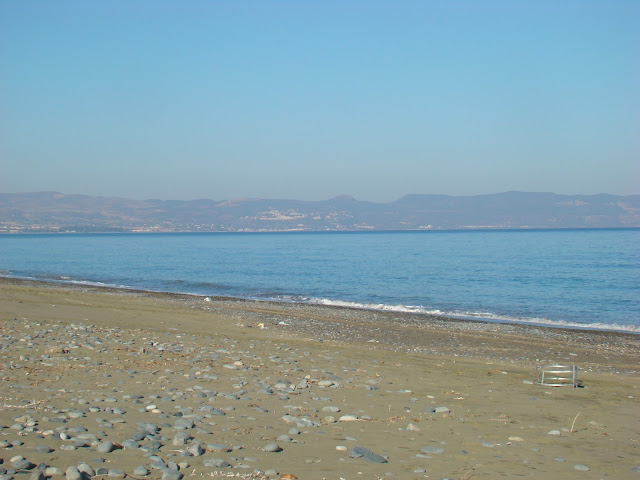 The villa is in an orchard of fruit trees, some lie forlorn on the ground. There was obviously a surfeit this year. On the one side I look out onto a harvested field of wheat and mountains in the background. On the far side olive trees and carobs.Inside a mixture of Cypriot kitsch, dried flower arrangements and supermarket art work, but comfortable and welcoming with a fridge stocked with food so that as weary travellers we did not need to look any further. Cypriot hospitality at is best.

Waking up to the sound of a cock crowing in the distance is so comforting and familiar.The air is cool in the morning and the sun just beginning to work its magic. Not long now before the cicadas will overtake the music score and silence the cocks.There is a good dose of rural in this corner of western luxury villas, welcoming tourists, and the mixture fills me with solace. Over the years I have been coming, the road by the sea is largely untouched and while the buildings have proliferated they are mainly low lying and acceptable. I walk into the bakers - I have not seen them for two years, yet the baker smiles and welcomes me as if I haven't been away for more than a day. Possibly the best bit is swimming in the sea freely. My sister and I swim out for miles, jumping into the waves and under them and floating on our backs, chatting, catching up on the gossip and the politics, enjoying the salt on our faces and the deep underneath with no fear or failure other than sheer physical fatigue. 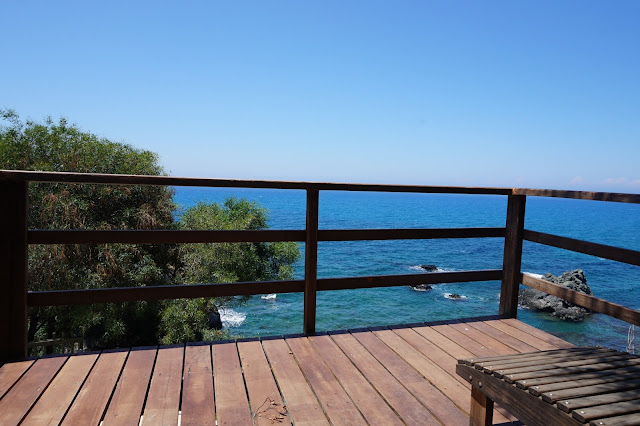 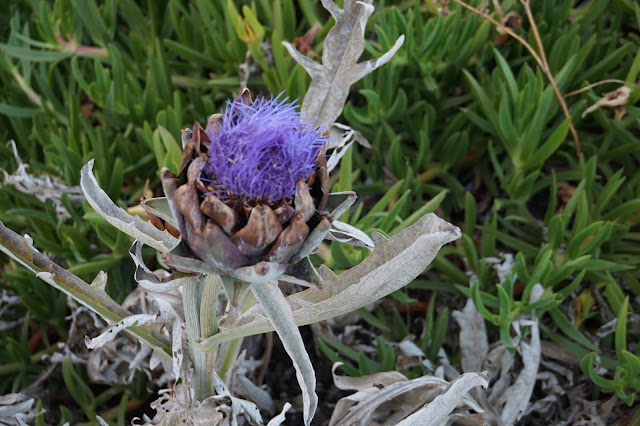 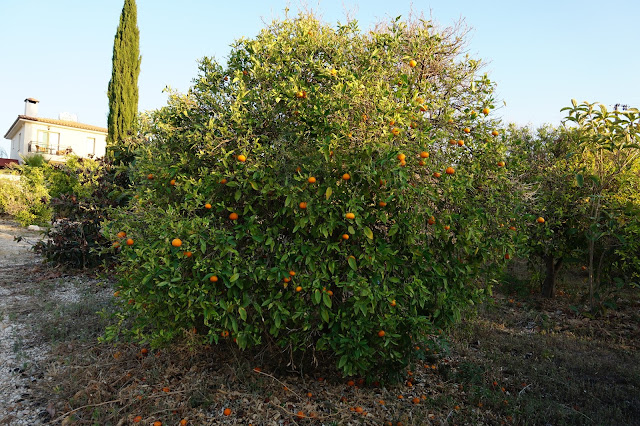 Seeing family and friends for precious moments in this over demanding time is a gift. Gift giving and taking all play a part. I remember arriving on so many occasions and my older sister would have something a little special she had set aside for me or collected on her travels. Thinking them all up afresh each time is a challenge but good fun. I await the arrival of my boys and my mother in law with a real sense of excitement in anticipation of my niece's wedding on the 25th.
We have so much to catch up on, to share over a cold bottle of Keo and the ubiquitous kebab. It's hard to sum up how this place sits in my life and Cypriots say " There is nothing like Cyprus." Σαν την Κυπρο εννεσιη. It is a gift to me. I can truly say "There is nothing like Cyprus" and now I can add and "Australia is something else" and life unfolds between the two, because luck and birth have allowed me the luxury of being part of both.
Posted by Mezze Moments at 20:04 1 comment: Links to this post

Allan Cunningham (1791-1839), botanist and explorer was an extraordinary man with a love of plants. He collected hundreds and thousands of botanical samples from his voyages of discovery arriving in Sydney cover in 1816 and on numerous trips thereafter.

'I find I can blend discovery with botanical research tolerably well',

he wrote and I think that sums up perfectly his whole persona.

While exploring the Darling Downs he found a gap in the ranges, now called Spicer’s Gap, which he thought would give access from Moreton Bay to the downs, with fine grazing lands. In July and August 1828 he returned to Moreton Bay by sea and explored the country southward to the Logan River and Macpherson Ranges and found another gap, now known as Cunningham's Gap, and in May 1829 explored the upper part of the Brisbane River valley. 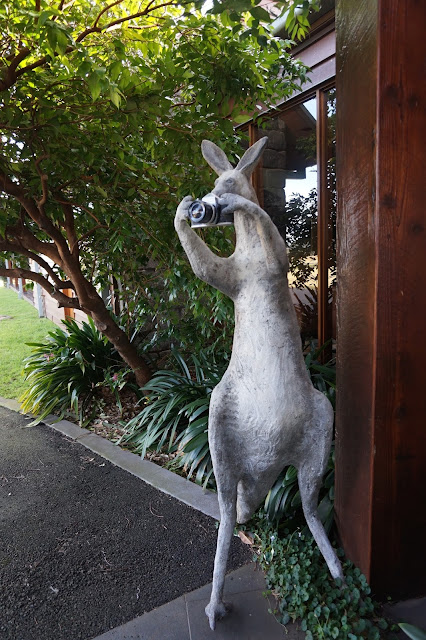 So when we visited Cunningham’s Gap at the weekend it was with this man’s life work very much in our minds. We stayed at Spicers Peak Lodge which has its own interesting history and you can read more about this on http://spicersretreats.com/spicers-peak-lodge/
The journey from Brisbane is an easy one. The last part of the road leading up to the Lodge is narrow and not all tarmac but do-able by most four by fours.

The lodge is perched on top of a hill looking out onto the Great Dividing Range and Main range of Mountains. It is nothing short of spectacular. The architecture of the lodge allows you to enjoy beautiful views in all directions. It has a safari feel to it and is full of comfortable sofas, great coffee table books, good coffee and good food. 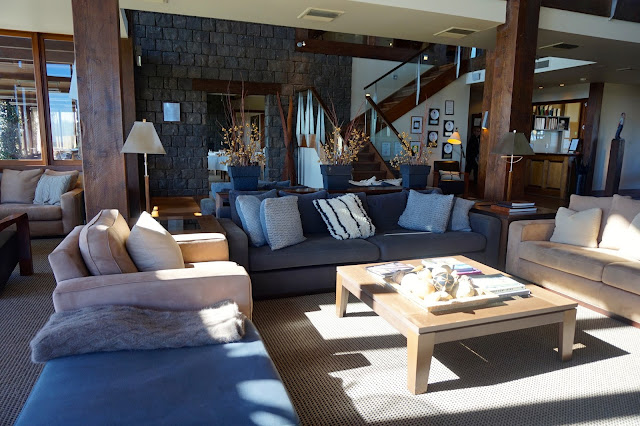 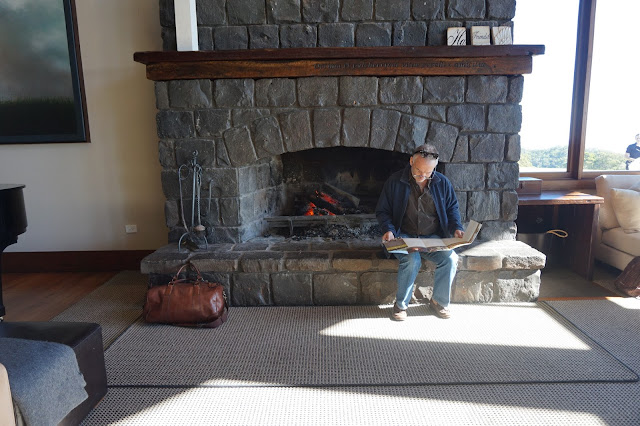 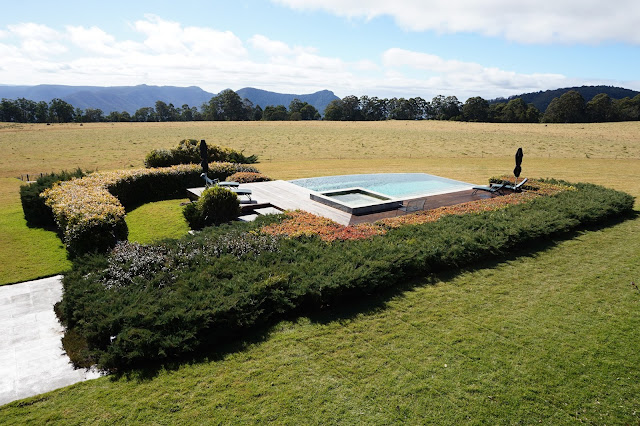 The pool and hot tub are in the front of the lodge and after a fairly up and down hike of approximately four hours, the hot tub, even on a cool evening, was really welcome.
Hiking around the area, and there are lots of tracks, we came across kangaroos and wallabies, all quite human shy, which I think is a good sign and countless birds, black cockatoos, red and green parrots and crimson rosellas. The vistas are heavenly. We walked on forest trails full of fallen eucalyptus branches and turning leaves or fields of yellowing grass that were springy and light underfoot. The perfect weekend gateway and largely thanks to this man and his early discoveries through these majestic mountains. 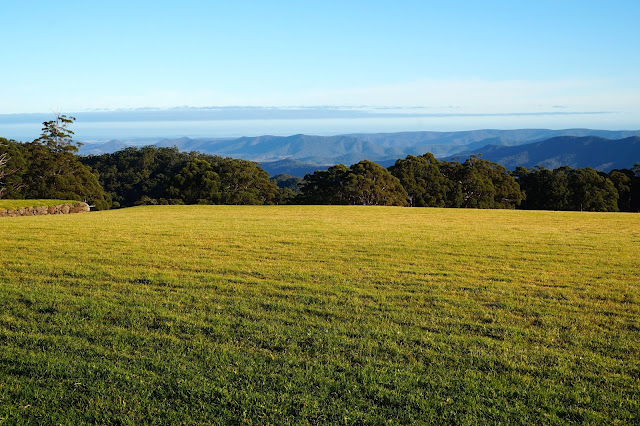 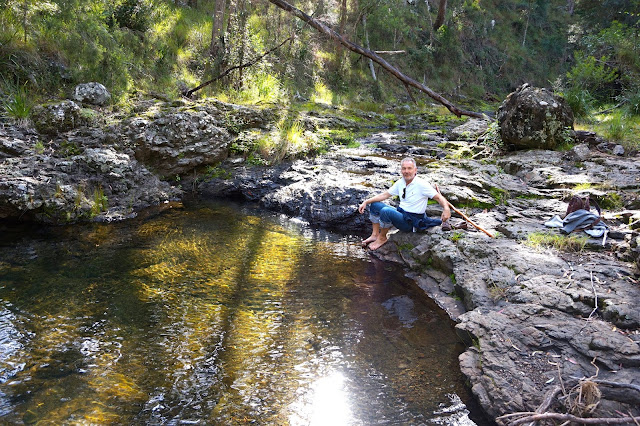 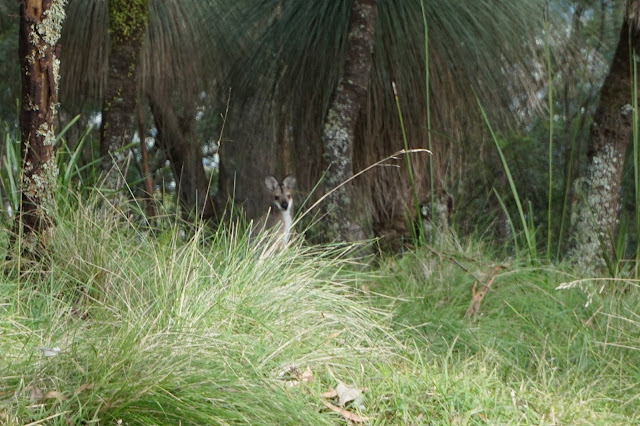 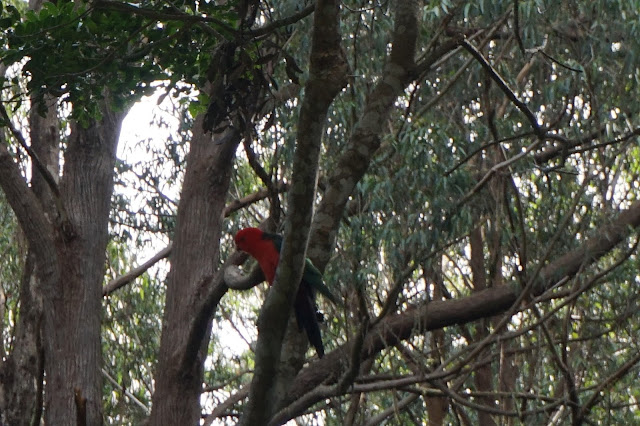 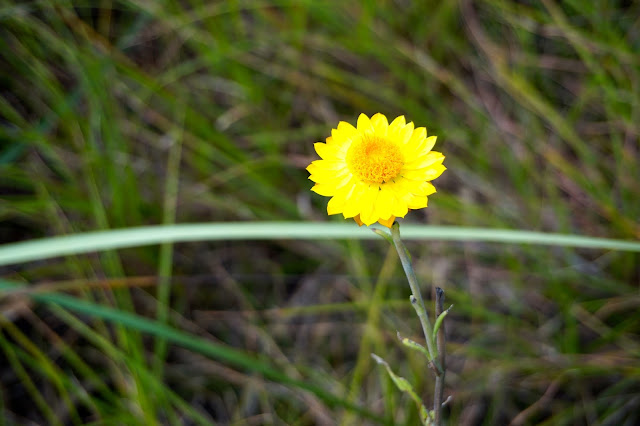 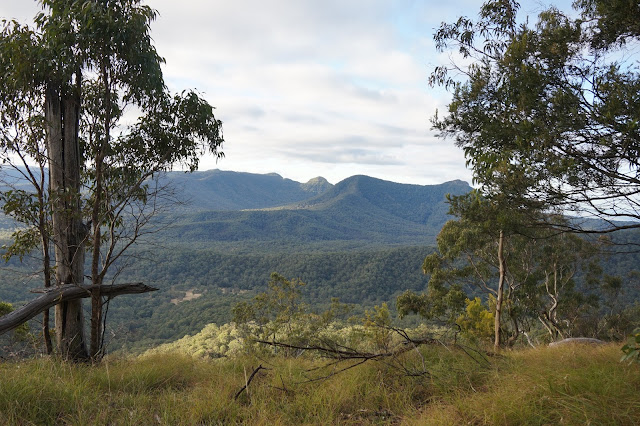 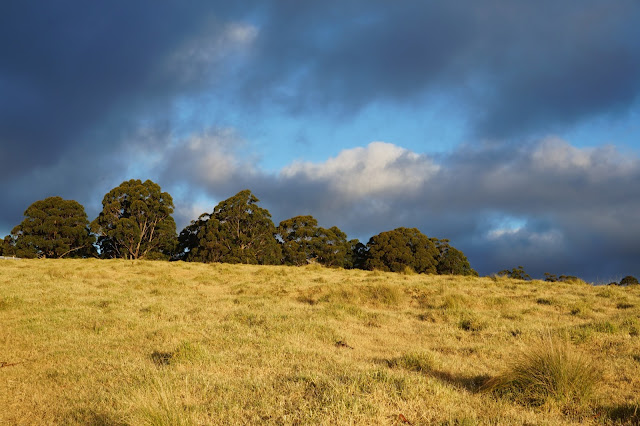 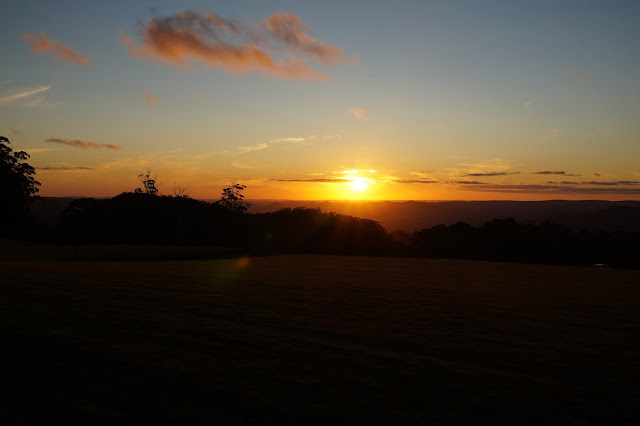 Posted by Mezze Moments at 12:00 No comments: Links to this post

Its the start of the Australian winter today and as if not wanting to disappoint us "seasonalists," the clouds have rolled in and covered the antipodean blue which so often graces these skies, snow has come down in parts of Victoria, and I have reluctantly put on a top as the wind is chilly for a change.

It is still quite hard to get my head around  thinking of the 1st of June as winter and I wonder if this will ever change.Two years into my Australian adventure I am still surprised to go to the shops in June and find strawberries but also the freshest tangerines. Pumpkins and butternuts are being rolled out and the web is chocker with winter warmers.

Yesterday it was warm, probably about 26C and half the street wandered off down the Ithaca creek to explore the new farmers market that is being set up every Sunday right next to the Broncos club. This, for those unfamiliar with Brisbane Geography is a stones throw from where I live and so there was great excitement about what we would find. Babies, glorious, cherubic, a melting pot of ethnic  backgrounds making for the most angelic faces, a generation of beauty ahead.My boys would have been a little irritated as I took in every one of those faces, smiled at the mums and conversed with the olive man, told him he had eyes just like his mother, only to find they were not related. Dogs, short, long, fat, massive but rarely mean, being showered with attention by the toddlers and those pet-deprived families. Young people everywhere, young families with some hip grandmothers in tow, a status to which I aspire.

The market a profusion of fresh cut flowers, fruit and veg, holistic treatments, juices and jumpers. Enough eateries to fill any stomach and we opted for a few coffees and some gozlemes while listening to a lovely ceilidh band. Could not really think of a better way to say bye to autumn. 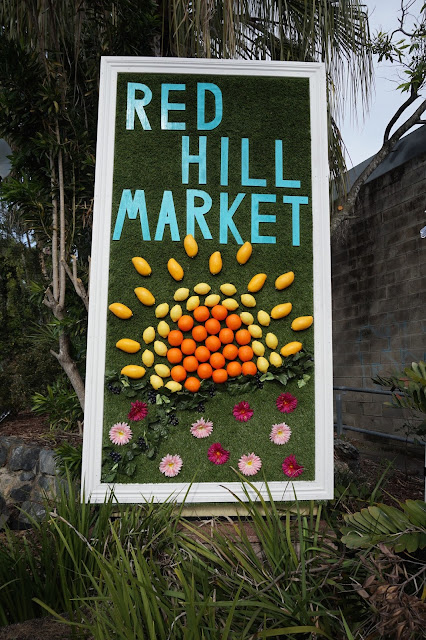 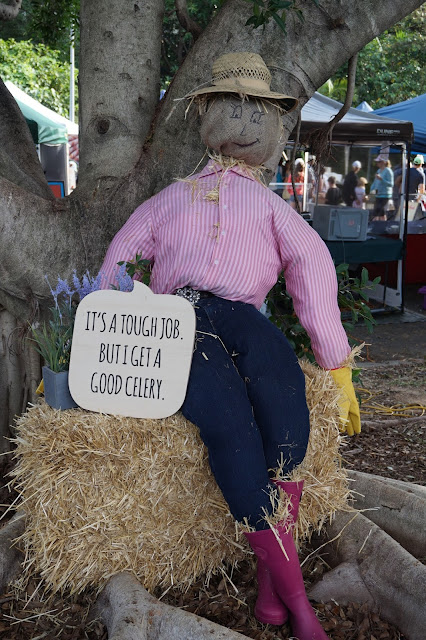 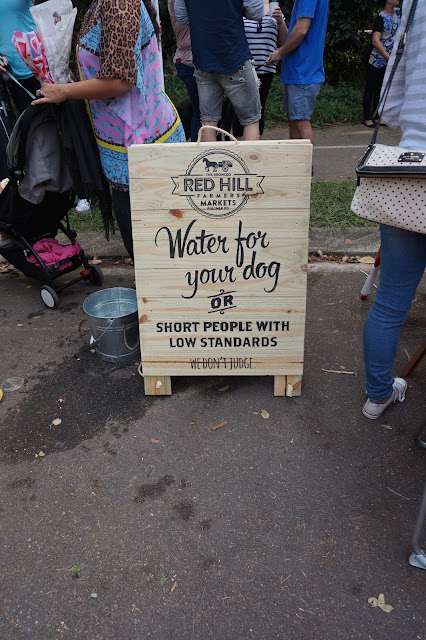 Posted by Mezze Moments at 06:54 No comments: Links to this post 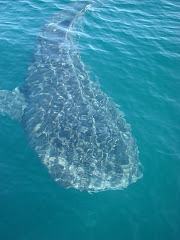